Posted by Laurence on October 01, 2020
I have been building a pocket sized “Rockmite II” HF transceiver for portable use and needed a suitably sized Morse key to complement it. A company called Palm Radio used to make miniature twin paddle morse keys but they were quite expensive and have recently ceased production. I noticed some cheap paddles in kit form being sold by Chinese suppliers on ebay. I could not find any reviews for these online, but being that the smallest one was only £6 including delivery to the UK, I went ahead and ordered one. Four weeks later a package arrived containing the kit of parts shown in fig.2. There were no assembly instructions, either supplied with the kit or on the internet, but it wasn't too difficult to work out.

My first impression was the poor quality of the 3.5mm jack socket and the plastic housing. The housing looks like it has been crudely 3D printed. This is not really a criticism, as the supplier included close-up photos with the ebay listing, and you have to manage your expectations when paying so little.

I tried to fit the jack socket into the housing but it was too tight to push all the way through the hole. However, it looked quite neat flush against the panel, and it wasn't going to move easily. The ground terminal on the jack connects to the common contact for the keyer, i.e. the long screw. It is connected via a wire that runs underneath and connects to the screw via one of the solder tags provided with the kit. The other screws, nuts, washers and solder tags form the moving contacts on the paddles. The wire that is supplied for wiring the paddles is quite thick, so some builders may want to substitute something more flexible. I found that the supplied wire worked okay providing you get the length right. The 'bearings' for the paddles are M3 screws. If these are insufficiently tightened there will be too much 'play'. If overtightened they will not move freely. I decided to add a couple of lubricated washers to reduce the friction. There is a small compression spring that fits between the paddles. This is easy to lose (you have been warned!). There are several possible positions for the spring, giving you limited adjustment of operating force. The photos show how I assembled my key. As mentioned earlier there were no assembly instructions provided.

Having completed the assembly, I found that one of the paddles fouled on the housing. This was rectified by filing away some of the plastic.

The large holes either side of the housing give the impression that the contacts are meant to be adjustable (without removing the housing), but this does not look practical. In any case, I found the contact gaps to be just about right with the screws fully tightened.

The Keyer in Operation

The kit includes a cable with 3.5mm jack plugs on each end for connecting the key to the transceiver or electronic keyer. I tested the key with my Rockmite QRP transceiver and it worked fine. Don't expect a silky smooth action - this is a 'dirt cheap' key and it is not realistic to compare it with something costing at least 10 times as much. Having said that, the operation was perfectly acceptable.

For a very small outlay I have a neat little squeeze key to use with my ultra portable radio setup. My original intention was to mount it on the radio itself, but it is a little bulky for that. Quality-wise it is 'cheap and cheerful'. You get what you pay for, but having said that, it does the job. The key is also available in larger sizes. Fig.8 shows it next to my home station key for size comparison. 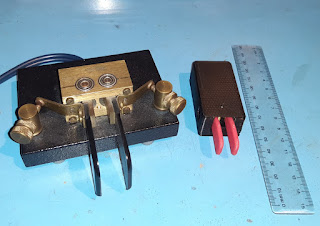 Fig.8 - The mini key alongside a Kent twin paddle

Disclaimer: This is my personal blog. Views expressed in my posts are my own and not of my employer. The information provided comes with no warranty. I cannot be held responsible for the content of external websites. Any practical work you undertake is done at your own risk. Please make health and safety your number one priority.